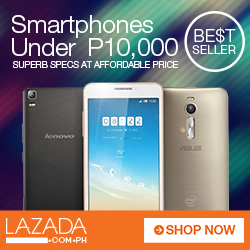 Where I Go Wandering

Dispatch from the other blog: LIFESTYLE CONUNDRUM

I studied Broadcast Journalism in college, partly due to my unhealthy obsession with Superman (in my mind, I had the makings of the next Lois Lane) and partly, because my math skills were left stuck in the primary level. If you’re a maskom kid, or have journalism as one of your college courses, one oft-repeated […]

Through the pandemic: finding –and nurturing a new hope within

Socrates said, “The secret of change is to focus all of your energy not on fighting the old, but on building the new.” I am publishing this piece on a blog that, at some point this year, I was determined to either abandon or overhaul. Earlier this year, right in the middle of my “turning-40-so-I-should-get-a-stock-of-my-life” […]

When I started becoming interested in K-Pop waaaaaaay back in the early aughts, one of the things I loved about them Hallyu-babes and boys is how great-looking their skin is. It’s smooth, clean-looking and very fresh. When I saw how big their skin-care market was, and how inclusive it was (extensive skincare and cosmetics are […]

Get in touch with WanderGirl

Drop me a line at lani_mesias@yahoo.com 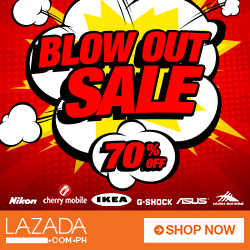 Dispatch from the other blog: LIFESTYLE CONUNDRUM

I studied Broadcast Journalism in college, partly due to my unhealthy obsession with Superman (in my mind, I had the makings of the next Lois Lane) and partly, because my math skills were left stuck in the primary level. If you’re a maskom kid, or have journalism as one of your college courses, one oft-repeated […]

Through the pandemic: finding –and nurturing a new hope within

Socrates said, “The secret of change is to focus all of your energy not on fighting the old, but on building the new.” I am publishing this piece on a blog that, at some point this year, I was determined to either abandon or overhaul. Earlier this year, right in the middle of my “turning-40-so-I-should-get-a-stock-of-my-life” […]

When I started becoming interested in K-Pop waaaaaaay back in the early aughts, one of the things I loved about them Hallyu-babes and boys is how great-looking their skin is. It’s smooth, clean-looking and very fresh. When I saw how big their skin-care market was, and how inclusive it was (extensive skincare and cosmetics are […]

Where I Go Wandering

Get in touch with WanderGirl

Drop me a line at lani_mesias@yahoo.com

This is the part 2 of the our budget breakdown for my Seoul trip last number (for part 1, go here).

Day 2: Nami Island, Petit France and Nandaemun Market
We woke up really early for our second day in Seoul because we decided to avail of the Nami Island Limousine, instead of embarking on a grand adventure like before (by taking the train). We decided to get a one-way ticket since we are planning to take advantage of Nami’s Proximity to Petit France and visit that as well.

How to go to Nami through the Namiseom Limousine Bus
1. Go to http://www.namisum.com and look for the transportation information. Click “Online reservation” at the bottom of the page. This will direct you to a page that you have to fill out. Round trip fare, including entrance to Namiseom Island cost KRW23,000 for foreigners. Since we opted to take the Shuttle Bus for one way only, we paid KRW15,000 (PHP639) each — this already includes our entrance.

2. In our case, the bus departs in front of Tapgol Pagoda Park in Insa-dong, a 10-minute walk from our hotel. Since we were disoriented by the direction, we started walking in the opposite direction going to the park. Good thing we were able to realize the mistake immediately and had to run to Tapgol Park where we found the bus driver already checking passengers from his list. Note that the drivers are very strict when it comes to reservations, so it is recommended that you reserve a slot. We saw some people trying to buy ticket on the spot to no avail. You will pay on the spot, to the driver after you have checked your name on the list her carried with him.

3. After going onboard, you can start relaxing. Travel time going to Namiseom is about one and a half hours.

Since we already have tickets, we didn’t need to line up along with the other tourists who were all cramming to get to the approaching boat from Nami. (Note: if you are adventurous, you can cross the lake going to Nami by taking their infamous zipline).

One thing we love doing while in Nami is buying instant coffee or ice cream in the convenience store and consuming it while sitting in the fireplace. Coffee is about KRW1,000. As indicated in my earlier blog post, Nami is the location for the famous Korean drama “Winter Sonata”, so there are a lot of attractions in Nami that is based or used in the drama.

Before leaving, we decided to have a quick lunch at the newly-constructed food hall located at the middle of the Island. We chose a vendor selling udon noodles and literally had a hearty lunch that warmed our stomachs amidst the very cold weather.

After enjoying the sights of Nami and playing with the many squirrels that were feeding on the dried nuts in the island, we decided to wing it and go to Petit France, one of the locations for the hot Korean drama, “My Love From the Star (You Who Came from the Stars”.” Jun Ji-hyun has always been a favorite since I first saw her in “My Sassy Girl” and her role as the bratty, clueless actress with a heart of gold, Cheon Song-Yi opposite the charming Kim Soo-hyun (Do Min-Joon) resulted to too many nights trying cramming episode after episode of the drama.

After realizing (after tons and tons of research) that Petit France is located also in the city of Gapyeong, we made sure to make it part of the itinerary. The initial plan was to go to Petit France via the Gapyeong City Tour Bus, which picks up and disembarks passengers near the waiting shed just outside the outer gates of Nami. Fare for the whole trip is just KRW5,000 and you can hop in, hop off as you see sights of the city of Gapyeong. The initial plan was to go to Nami then to Petit France and then to The Garden of Morning Calm (another location for one of my favorite K-Drama, the kitschy, “so-bad-it’s-good” Full House 2) but since we were running out of time and we had no idea how far Petit France was from Nami, we decided to wing in and take one of the numerous cabs lined outside Nami.

I read somewhere that the two attractions are near each other, I guess I read wrong. We were traversing mountain sides, zigzagging across crooked roads as we go farther away from Namisum. Sometimes, there was barely another vehicle in sight (take note, this was only at 2PM) and clusters of houses are farther and farther in between. My over-active imagination, the one who watched too many slasher flicks started playing into overdrive – the driver was silent as he navigated the quiet, winding roads while my friend and I tried to fill the tiny cab space with nervous laughter. At first, I was curious if we were lost but the driver seemed to know the way by heart. I guess we were just another bunch of foreign fans who trekked to Gapyeong on a K-Drama pilgrimage. After what seemed like forever and with almost KRW30,000 registered at the meter, our driver finally stopped in front of a somewhat non-descript attraction betrayed only by the large tarpaulin in the entrance.

Petit France is a little village constructed to look like a charming, little French village. The houses and the entertainment available are all French-inspired, carrying the timeless classic, “The Little Prince (Petit Prince)” as the central theme. Recently, this little attraction had a resurgence of visitors after it was used as one of the filming locations of “My Love from the Star.” It was also a filming location for another K-drama, Beethoven’s Virus. Entrance to the village is KRW8,000 for adults, KRW6,000 for teenagers and KRW5,000 for kids.

Movie-magic has a way of making Petite France looks huge and spacious. Well, in reality it is not. You can see the whole village in less than 45 minutes tops, 30 minutes tops if you are the type who gets easily bored with gaily colored buildings. The site offers many “European” attractions like puppet and entertainment shows, there’s also a doll museum plus exhibitions dedicated to Antoine Saint Exupery, the author of The Little Prince. Images of the Little Prince and all the other characters in the book was scattered and depicted in every nook and cranny of Petit France. For K-Drama addicts, there’s a photo studio where you can pose with cut outs of Do Min-Joon and Cheon Song-Yi.

While Petit France is a nice item to tick off your travel list while in Korea, it’s not exactly something that will blow your socks off. As someone who easily gets bored, even while traveling, there’s really not much to see in Petit France after you have visited the exhibits, oggled the houses, posed yourself silly to the many nooks and locations, had your fill of the Little Prince and K-Popped yourself to death. In our case, we decided to pass time in one of the little cafes near the entrance and sampled their strawberry waffle with a scoop of ice cream (KRW4,000).

Honestly, if we were to rate the Petit France experience, it’ll be a 6 out of 10. Something nice to experience, but definitely something that can also be placed on the second tier of “must-visit” places in Gapyeong City. Since it was already close to 4PM, we had no choice but to miss “Garden of Morning Calm” and save it for another South Korea trip someday.

Going back, we decided to take the Gapyeong City Tour Bus which stops on the waiting shed just across Petit France. We paid KRW5,000 directly to the driver who kindly informed us that bus direction is going to Nami then to the Gapyeong train station where we hope to catch a train going back to Seoul. The driver, a kind elderly uncle quipped that we should have gone to Gapyeong at an earlier time so we could maximize the KRW5,000 hop on, hop off bus fare. He seemed to be worried that we were paying the full price for just partial of the trip. We assured him that we don’t mind and that we enjoyed looking at the country side.

We missed the ITX train headed to Seoul so we decided to take the regular trains and paid about KRW2,000 as part of the regular fare. At Seoul, we stopped at Nandaemun to window shop, then moved to Dongdaemun Design Plaza to hang out and people watch. We ended the night traversing the 10 kilometer Cheonggyecheon Stream, which cuts across Dongdaemun Fashion Town, Cheonggyecheon Stream Culture Center, up to the Gwangwahmun Square, and covers almost 10 subway stations.

Maybe we were crazy, or we were enjoying the cold Seoul weather so we didn’t mind the long walk or the many couples on full PDA-mode along the stream (can be a bit lonely if you’re walking on your own and you are broken-hearted). There are some parts of the stream that are a bit dark due to the foliage and bridges covering the area, but we felt safe and secure the whole time. Even if the stream is in the middle of busy industrial area, the water is clear and there was no unpleasant smell all throughout the 10-kilometer path. We ended the walking tour at the Cheonggyecheon Stream Plaza, a few meters away from the Statue of King Sejong. By this time , our hands were numb with cold and our feet were killing us, so we hightailed it back to our hotel.